Conde was for many years the regular monthly wine columnist and wine critic for Portland Monthly, Seattle Met, Northwest Palate, the Austin Chronicle, and the Austin American-Statesman. In 2004, he was one of three national James Beard Award nominees as America's Best Magazine Wine Writer. He is an avid golfer, wilderness hiker, fly fisherman, kayaker, rafter, and international traveler. 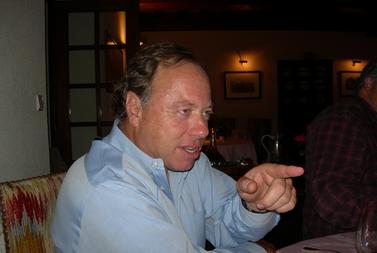 ​​​​​CONDE HAS VIGOROUSLY REPRESENTED THE INTERESTS OF HIS CLIENTS 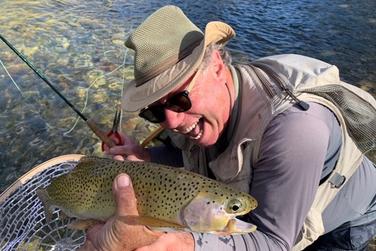 ​THE FOLLOWING IS A REPRESENTATIVE LISTING OF MR. COX'S CURRENT AND RECENT CLIENTS

(In federal Bankruptcy Courts and in federal District Courts)

Mr. Cox has for the last decade been named by his peers as a Thomson-Reuters 'SuperLawyer' in the field of Business Bankruptcy, he appears in the prestigious directory of Best Lawyers in America in the field of Insolvency and Reorganization Law, and he has held for 38 years an "AV" rating (indicating that he has met the highest standards for competence and ethics) by Martindale-Hubbell.

Conde is a commercial and business dispute litigator, with deep experience in arcane federal bankruptcy court procedure.  He expects all of his cases to be resolved by way of prompt and reasonable settlement.  Indeed, Conde firmly believes that EVERY CASE FOR EVERY CLIENT should always settle reasonably quickly, so long as the lawyers on both sides are competent and so long as the clients on both sides are honest in their communications with their respective counsel.   Cases that do not settle nearly always involve, based on Conde's experience, either marginally competent counsel or a dishonest client or a lawyer more interested in billing his client than in resolving his clients' disputes and problems.

Conde has litigated and settled dozens of multi-million dollar disputes that are governed by the voidable transfer laws, (including the Uniform Fraudulent Transfer Act), by the Uniform Commercial Code, by the federal Bankruptcy Code, by the federal Lanham Act, by the international Convention on the International Sales of Goods, and by other commercial laws designed to identify who among quarreling parties are entitled to the money.  ​

Conde graduated with honors in 1979 from the Law School at the University of Texas at Austin, after graduating Phi Beta Kappa with high honors in 1976 from SMU in Dallas. He completed a clerkship for a federal bankruptcy judge in Atlanta, then practiced in Austin at the law firm of Cox & Rodnick for nearly 20 years, representing debtors and creditors and asset buyers in every kind of bankruptcy case.

After moving from Austin to Southern Oregon's Rogue Valley in 2001, Mr. Cox severely limited his law practice to representation of a single national client as a regular landlord creditor in many of America's largest Chapter 11 cases (such as the KMart case in Chicago).  After spending a decade enjoying the Pacific Northwest's premier fly-fishing, golfing, kayaking, and rafting experiences, after taking on the role of wine critic at Portland Monthly and other magazines, (receiving in 2004 a James Beard Award nomination as America's best wine writer), in 2009, with the advent of the Great Recession, as a seasoned bankruptcy law specialist, Mr. Cox returned to full time law practice, moved to Portland, and joined one of Portland's established bankruptcy law firms.

Following the unfortunate physical destruction of downtown Portland in 2021, Mr. Cox has returned to the Rogue Valley, where his solo law practice in Ashland is limited to matters involving highly specialized commercial law disputes in federal court.  Conde maintains his close relationships with other attorneys throughout the State who practice in Oregon's highly specialized debtor-creditor bar and in Oregon's specialized federal Bankruptcy Courts.  Conde continues his strong connection to both Portland and to Southern Oregon, as the President-Elect (for 2022-23) of the Oregon Chapter of the Federal Bar Association.

Conde was in the initial group of attorneys in 1988 that were the first to be certified by the Texas Board of Legal Specialization as experts in the field of Business Bankruptcy Law. He has served for many years as a member of the Local Rules Committee for the Bankruptcy Courts for the District of Oregon, as a member of the Executive Committee for the Oregon State Bar Debtor-Creditor Section, and as a long-standing member of the Board of Directors for the Federal Bar Association-Oregon Chapter, (currently serving as the President-Elect) for the Oregon Chapter of the FBA.

Mr. Cox has acted as Creditor's counsel, and as Debtor's counsel in many complex Chapter 11 cases, having obtained confirmation of over 15 reorganization plans for his clients.  His clients have included, as Chapter 11 Debtors, a law firm partnership, a warehouse company, an insurance agency, a restaurant chain, a rancher (reported at In Re Schoeneberg, 56 BR 963 (1993)(plan confirmed over objection from the Farm Credit Bank), real estate development companies, office and apartment building partnerships, a marine construction company, and homebuilders in Texas and in Oregon.  He has also represented creditors and debtors in complex precedent-setting adversary matters and in related appellate matters at every level of the federal judiciary, including In Re Ameriflex Engineering, 587  B.R. 108 (Bankr.D.Ore., 2018) aff'd (D.Ore), ​In Re Norris, (First National Bank of Luling v. Dr. Norris), 70 F.3d 27 (5th Cir. 1995), and In Re Greenway (Boyce v. Greenway), 71 F.3d 1177 (5th Cir 1996), cert denied by U.S. Supreme Court, (the result of which led to congressional amendment to Bankruptcy Code Section 523(a)(9)).

Conde is also a regular speaker at CLE events sponsored by the Oregon Bar and by the Federal Bar Association, and he has authored many published articles relating to Bankruptcy Courts' jurisdiction and their unique rules of procedure, including a recent 2019 article in the national FBA Federal Lawyer magazine, entitled Bankruptcy Court Subject Matter Jurisdiction: Assessing the Limits of the Judicial Power of Article I Courts. ​​